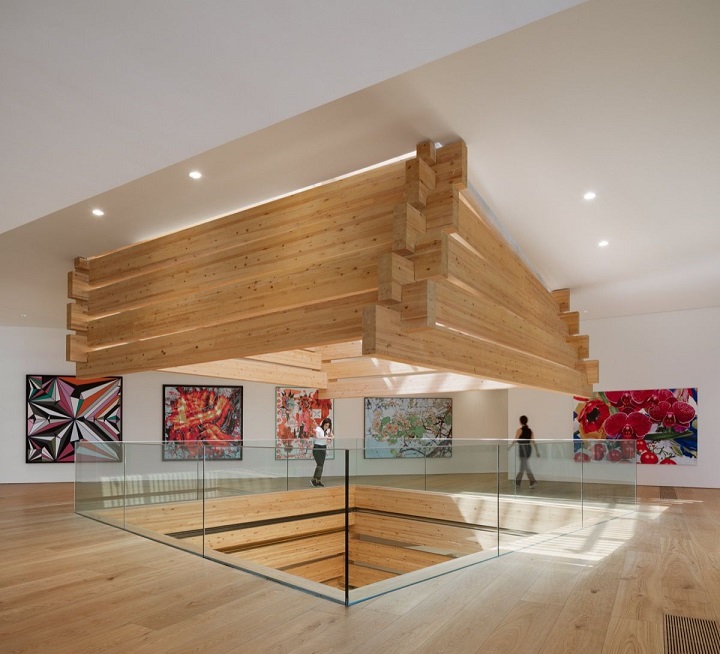 “We want to bring the international art world here,”

founder Erol Tabanca told an enthusiastic crowd at the museum’s official opening last weekend in the northwestern Turkish city  “And we want to bring young artists from the region together with international artists.” But when the Turkish construction tycoon started envisioning the project in 2016, he knew it would take more than a white elephant to introduce global modern and contemporary art to this otherwise-understated student town of around 800,000 people. “When you work with a starchitect, that [Bilbao] effect is not guaranteed,” said Tabanca, who is also a trained architect. Instead, he was concerned with orchestrating a meaningful dialogue between a contemporary building and the local context of his native city.  So it comes as no surprise that the visionary businessman enlisted Japanese architect Kengo Kuma known for his use of natural and sustainable materials to design the 4,500-square-meter museum. Now home to exhibition spaces, workshops, a café, and a boutique, OMM was conceived as a series of boxes made from stacked timber beams. The design was inspired by the traditional structure of surrounding Ottoman wooden houses, though it lso evokes Japanese architecture. It is complemented by OMM Inn, a boutique hotel and restaurant housed within an adjacent refurbished Ottoman-era Odunpazari house.