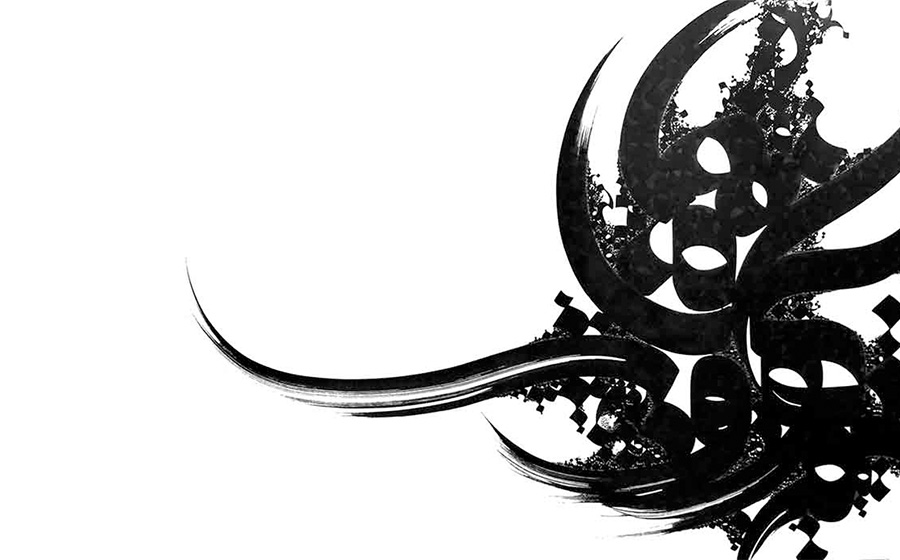 Western calligraphy is recognizable by the use of the Latin script. The Latin alphabet appeared about 600 BC, in Rome, and by the first century[clarification needed] developed into RomanTyu imperial capitals carved on stones, Rustic capitals painted on walls, and Roman cursivefor daily use. In the second and third centuries the uncial lettering style developed.

As writing withdrew to monasteries, uncial script was found more suitable for copying the Bible and other religious texts. It was the monasteries which preserved calligraphic traditions during the fourth and fifth centuries, when the Roman Empire fell and Europe entered the Dark Ages.[13]

At the height of the Empire, its power reached as far as Great Britain; when the empire fell, its literary influence remained. The Semi-uncialgenerated the Irish Semi-uncial, the small Anglo-Saxon. Each region developed its own standards following the main monastery of the region (i.e. Merovingian script, Laon script, Luxeuil script, Visigothic script, Beneventan script), which are mostly cursive and hardly readable.

Calligraphy in a Latin Bible of 1407 on display in Malmesbury Abbey, Wiltshire, England. This bible was hand written in Belgium, by Gerard Brils, for reading aloud in a monastery.

Christian churches promoted the development of writing through the prolific copying of the Bible, particularly the New Testament and other sacred texts.[14] Two distinct styles of writing known as uncial and half-uncial (from the Latin "uncia," or "inch") developed from a variety of Roman bookhands.[15] The 7th-9th centuries in northern Europe were the heyday of Celtic illuminated manuscripts, such as the Book of Durrow, Lindisfarne Gospels and the Book of Kells.[16]

Charlemagne's devotion to improved scholarship resulted in the recruiting of "a crowd of scribes", according to Alcuin, the Abbot of York.[17] Alcuin developed the style known as the Caroline or Carolingian minuscule. The first manuscript in this hand was the Godescalc Evangelistary (finished 783) — a Gospel book written by the scribe Godescalc.[18] Carolingian remains the one progenitor hand from which modern booktype descends.[19]

In the eleventh century, the Caroline evolved into the Gothic script, which was more compact and made it possible to fit more text on a page.[20]:72 The Gothic calligraphy styles became dominant throughout Europe; and in 1454, when Johannes Gutenberg developed the first printing press in Mainz, Germany, he adopted the Gothic style, making it the first typeface.[20]:141 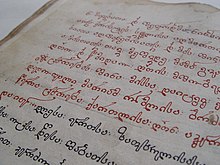 The Georgian calligraphy is centuries-old tradition of an artistic writing of the Georgian language with its three scripts.

In the 15th century, the rediscovery of old Carolingian texts encouraged the creation of the humanist minuscule or littera antiqua. The 17th century saw the Batarde script from France, and the 18th century saw the English script spread across Europe and world through their books.

In the mid-1600s French officials, flooded with documents written in various hands and varied levels of skill, complained that many such documents were beyond their ability to decipher. The Office of the Financier thereupon restricted all legal documents to three hands, namely the Coulee, the Rhonde, (known as Round hand in English) and a Speed Hand sometimes simply called the Bastarda.[21]

While there were many great French masters at the time, the most influential in proposing these hands was Louis Barbedor, who published Les Ecritures Financière Et Italienne Bastarde Dans Leur Naturel circa 1650.[21]

With the destruction of the Camera Apostolica during the sack of Rome (1527), the capitol for writing masters moved to Southern France. By 1600, the Italic Cursiva began to be replaced by a technological refinement, the Italic Chancery Circumflessa, which in turn fathered the Rhonde and later English Roundhand.[21]

In England, Ayres and Banson popularized the Round Hand while Snell is noted for his reaction to them, and warnings of restraint and proportionality. Still Edward Crocker began publishing his copybooks 40 years before the aforementioned.[21]